I started my post-college career in retail and spent a number of years as the manager of a high volume bookstore in a busy suburban mall. The store was only around 4,000 sq ft in size but required two dozen employees to work in it during the holiday season. Our usual procedure was that if a customer asked for a specific book, we would walk them directly to the section where they could find it. 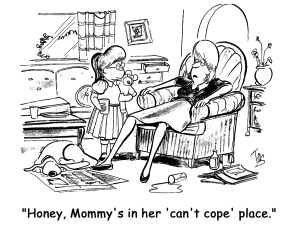 On Black Friday the store would be so crowded that employees couldn’t move around much so I would position between 12-15 employees to just stand all day in various book sections. They would point and wave to guide customers through the store in a kind of relay. By the end of the day, which for some of us was 12 hours long, we were all wiped out.

There is starting to be some push back on the growing commercialism of the Christmas season, but a slow economy has made retailers nervous since they actually run on pretty thin margins and often rely on volume for profits. Despite a glitzy appearance, many stores really don’t make huge profits, except for Walmart and other huge chains that is. They get great discounts on merchandise because of volume, and by running lean on staff and services they can pad the bottom line much better than a small family-owned shop can.

From the viewpoint of a Harvard Business student the Walmart model is retailing at its most efficient. They have squeezed every penny from every aspect of their operation. From a humanistic viewpoint it’s a nightmare. Not only have the big chains destroyed small businesses, their treatment of employees is often deplorable. Among other things, I’ve heard first-hand stories of how sales people may not be allowed to work more than 39 hours a week so the store can avoid paying benefits. Not nice.

The backstory today is not about me, but is really about the people who work in the stores. It’s not easy work and they are not well compensated. Their bosses and home offices may be completely obnoxious about advertising, opening times and the rest, but the people you see on the floor are just trying to survive the day and get home to their own families in one piece.

Despite the frenzy of Black Friday, if you do venture out I encourage you to say something nice to just one sales person in any store. That one act of kindness will guarantee good service for the next dozen customers who walk in after you. Let’s put some “good will” back into the holiday season!