It’s getting harder and harder to like a president these days. It used to be that the cream floated to the top, but that is no longer the case. Now the “winners” are the ones with the best line of bullcrap. The last president who seemed to be truly honest and sincere was Jimmy Carter, and look where that got him. He didn’t get much done and has been made fun of ever since, but at least he tried to be honest.

This Obama guy, and I am careful to always refer to him as “President Obama” on WTC, may be a swell guy to hang out with. He may be a regular Joe, a family guy, a sensitive and caring fellow, but he seems to work very hard at sounding like an insurance salesman. If you’ve never dealt with one, they scare you to death then make you feel all warm and fuzzy if you buy a policy. It’s very discomfiting.

My biggest problem with all of this at the moment is that it will bump the next episode of Vegas with Dennis Quaid. That program is definitely picking up steam and is about the only thing worth watching on a Tuesday evening. So the liberals in the group won’t get their panties all in a wad, I disliked George W. Bush’s State of the Union Addresses even more, especially after he invaded Iraq. In fact, most state of the union addresses in my lifetime have been pretty lame. 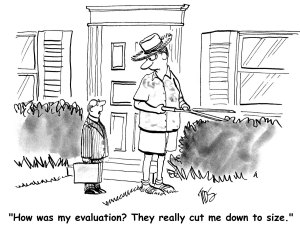 Perhaps I spent too much time on the business side of things over the years, but I really would like to see an annual review process for our politicians. Elections are not adequate to weed out bad performers. Voters are too easily swayed. The process needs a checklist of some kind, definable goals matched against a job description and goal setting for the upcoming year. Millions of workers have to go through that, why not the president?

The real problem with our system is that the lower downs are hiring the higher ups and have no clue what those jobs really entail or how to measure them. Since we’re stuck with that system and can’t really change it, we have to start insisting on more honesty and transparency from politicians. Obama promised all sorts of things but hasn’t been held accountable to any of it. He’s not the only one, he is surrounded by countless other politicians who do the same thing every election cycle.

It’s probably time for a constitutional review and God help us if the current Congress, Supreme Court or Executive Office is involved in it. It may take a miracle, but we need caring men (and women of course) of the same caliber as those who founded this country. Where we can find them in this day and age is a puzzle, but it is definitely time for some housekeeping if this nation is to survive for another 237 years.