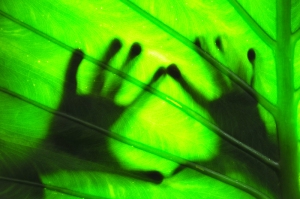 I have to admit that I am addicted to several creepy television dramas including Orphan Black and The Walking Dead. That in large part is one reason why I’ve embarked on a creative effort to write a serialized, episodic story entitled Stigma, which in turn has taken me away from other writing lately. At first, Stigma was just another story concept I thought was interesting and put on the shelf to age for a while. Some stories are like wine and can benefit from proper aging.

Stigma, by definition, is someone or something that is an outcast by merit of having some kind of really bad experience, or by displaying some physical or intangible quality that stands that thing (or person) apart from the crowd. Humans may be social creatures, but we are also highly cliquish and that of course makes for a long history of lawsuits and civil rights struggles. Civil law changes with public sentiment. The laws of nature and God are not so readily changed. A serious stigma is not easily erased.

The first rule about stigmas is that they tend to last for the duration of human memory and can be passed down from generation to generation. Literally the only way to wipe them out is to somehow wipe out the memory or knowledge of them. In terms of a horror story, that means people have to die or get scared off  to protect or hide a longstanding stigma. For example, a house stigmatized by a past murder will remain stigmatized until all human memories of the event are erased, or until the house is demolished. Just for the record, some houses are very touchy about the subject of demolition.

Other than wiping out masses of people and their recorded history, the only way for a serious stigma to go away is for things to turn around in reverse and for those who are stigmatized to become the mainstream. Robert Heinlein’s classic Farnham’s Freehold addresses that from a racial perspective, and J.M. Barrie’s stage play The Admirable Crichton more or less addresses that in a social context (thanks forever to Peter and Carter for introducing me).

My interest in the topic of stigmas was initially sparked by discovering some details about a deserted cabin in the mountains of North Carolina. The structure is over 100 years old and stands in stark contrast to the modern homes that have been built all around it. It seems almost defiant, as if to say “the world around me may change but I refuse to.” Hundreds of miles to the south I also discovered a quaint little historical town in southern Georgia. It dates to the post-Civil War years during the age of the grand hotels, when railroads opened up southern locations as winter resorts for rich Yankees from the north. Many residents of the town are from families that have lived there and run things since the 19th century. Some residents left and never came back, but one did return.

When a stigmatized person arrives at a stigmatized location all kinds of things can potentially happen, but an underlying question remains. Is stigma, in the paranormal sense, something real or is it just something imagined? Does a stigma generate some kind of energy, some supernatural force, or is it just a way for our frail human minds to cope with something far beyond our comprehension?